Everyone knows that Quantum mechanics can be non-logical. Yet it works when it comes to describing the behavior of atoms and all the other small stuff that makes up our universe. It has also been used to create new technologies such as the transistor. But to believe it means believing things about reality that very few of us would find acceptable. Even Albert Einstein, who helped establish quantum theory more than a century ago, came to question its principles for most of his life. This week we'll explore two basic principles of common sense that quantum theory throws away. 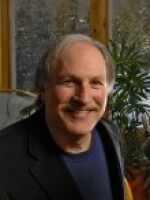