For A Craftsman, Shining Shoes Offers Ties To Home

Charlotte-Douglas International Airport in Charlotte, N.C., is one of the busiest in the world. On a typical day, more than 100,000 people traverse its concourses.

Some of those travelers stop for a shoeshine. And if they look for one on Concourse D, they will find Getnet Marsha, a shoeshiner with an Ethiopian accent, a soul patch and an interesting story to tell.

Marsha, who goes by the nickname Getu, makes bold promises to the passengers who stop at his stand.

"When you step down from the chair, it gonna be brand new shoes."

Marsha, who grew up in Ethiopia, is good at what he does. His work is his craft. He's immensely proud of his 20-step shining process, which includes massaging the shoes like knotted muscles.

"I'm conditioning the leather," he says. "The leather was so dry!"

Marsha's a talker. He tells shoeshine stories like he's a veteran slugger recounting rookie-year highlights. Once, he says, a customer sat down with a $100 bill in his hand. All set to buy a new pair of shoes at a store nearby, he had stopped at Marsha's chair for one last shine.

Marsha did such an amazing job, the man put the $100 back in his pocket. It was as if the shoeshiner had resurrected his old shoes.

"You saved me," he told Marsha. And Marsha responded, "I'm happy I saved you."

Marsha has a bucket of stories like these, mostly about business travelers who slump down into his chair disgruntled and rise up relaxed and smiling.

His shine will set you back $5, no matter what you're wearing. And while many might consider this low pay for long hours, Marsha is thrilled — especially when he thinks about where he came from.

At 14, Marsha fled communist Ethiopia on foot. "I walked, literally, two weeks on my foot," he says. He ended up in Sudan for a while, then Kenya. In 1992, Marsha came to the U.S. as a political refugee. He began shining shoes at Denver International Airport. Today, he's manager of his employer's Charlotte operation.

Marsha shakes his head at the contrast between his years of turmoil and his life today.

"Here in America, my worst day, or like the ugly day I had, ... when you take it to Africa, that's the best day," Marsha says. "The very best one."

That contrast became even clearer when he took a vacation trip back to his hometown, Ethiopia's capital, Addis Ababa. While there, Marsha met a 9-year-old orphan named Aynalem living on the streets.

The British charity Street Invest estimates there are about 12,000 children like Aynalem living on the streets of Addis Ababa, or at least making money there. And this particular encounter really affected Marsha.

"These kids, when they lose their parents, nobody's gonna take care of them," Marsha says.

So, he helped the only way he knew how: He bought her a shoeshine box, then he began sending her money. Since then, he says, he has recruited seven other adults in Addis Ababa to care for street children.

Marsha says he tries to send 10 percent of what he earns at the airport each month to support all of them. He wishes he could send more, but he has two kids of his own here in Charlotte.

But the street children in Ethiopia are always on his mind. "Only one thing in my mind," Marsha says. "How I'm going to make a difference in these people's lives."

Watch Marsha shine for an hour, and you can see him making small differences, one shoe at a time. And when he's finished, Marsha offers every one of his customers the same friendly sendoff: "Cheers now!" 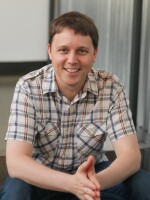 Tanner Latham
Tanner spent the first 10 years of his career in print as a travel and features writer for Southern Living magazine in Birmingham, Alabama.
See stories by Tanner Latham
What's coming up next week on WAMC?
Sign up below to find out about upcoming programs first.
get updated