The saying “April showers bring May flowers” means this month is a time of change.   As we wait for the flowers to bloom, let’s take a look at what is burrowing up from under the soil at WAMC.

Starting April 1st, WAMC’s National Productions will be using a new program clock.  What this means for our listeners is the shows will fill a full half-hour, instead of being 25 minutes long.  Please tune in at 3 p.m. each day of the week for the start of your favorite WAMC shows.

Because of this change there will be no newscast at 3 p.m. but please continue to enjoy the award-winning coverage of the WAMC news team during the 2 p.m. newscast and at 3:30 p.m. during Northeast Report.

Person Place Thing, which airs on WAMC at 10:30 p.m. on Fridays, is an interview show based on this idea: people are particularly engaging when they speak not directly about themselves but about something they care about. Guests talk about one person, one place, and one thing that are important to them. The result?  Surprising stories from great talkers.

Host Randy Cohen is a five-time Emmy winner whose first professional work was writing humor pieces, essays and stories for newspapers and magazines (The New Yorker, Harper’s, the Atlantic, Young Love Comics). For 12 years he wrote “The Ethicist,” a weekly column for the The New York Times Magazine. His most recent book (an optimistic formulation) is Be Good: How to Navigate the Ethics of Everything.  He has also written for Late Night with David Letterman among other programs.

Guest Eben Bayer uses biology to solve important environmental challenges by growing safe and healthy new materials as well envisioning creative ways to use natural technology at industrial scales and in consumer applications. He has shared his vision for a future powered by biology around the world, including presentations at TED Global, PopTech, and Davos. He is the CEO and Co-Founder of Ecovative Design, a leading biomaterials company that has created of a wide range of products, from luxury leather like materials, through high performance foams in apparel, to cellular scaffolding for food and medical applications.

Tickets for the show start at $10 but you can give as much as you’d like!  They are available here: https://www.eventbrite.com/e/person-place-thing-live-tickets-58337819990

The Metropolitan Opera continues its season on Saturday afternoons this month with Puccini’s “Tosca” on April 6th at 1 p.m. and “Siegfried” by Wagner on the 13th at 11:30 a.m. The 20th brings “La Clemenza Di Tito” by Mozart starting at 1 p.m. and the month is rounded out on the 27th with “Gotterdammerung,” also by Wagner, which starts at 11 a.m.

On Sunday evenings, due to a contractual negotiation that does not directly include WAMC, we are unable to air the Boston Symphony Orchestra at 8 p.m.  Temporarily in its place we airing Live at the Linda.   Please enjoy the best artists who have come through WAMC’s Performing Arts Studio.   Should an agreement be reached the BSO will return to the air.

The Ascertainment Survey will run through the month of April so please make your voice heard!  We’d love to hear what you think of the station and any ideas you may have.   Take the quick survey here: http://bit.ly/WAMCSurvey 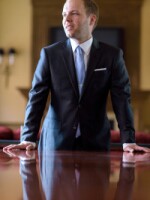 David Hopper
See stories by David Hopper
What's coming up next week on WAMC?
Sign up below to find out about upcoming programs first.
get updated