Colorado voters could well decide this fall which party controls the U.S. Senate.

But first, on Tuesday, voters will pick the Democrat to challenge GOP Sen. Cory Gardner. Former Gov. John Hickenlooper is the national party's first choice for the nomination, but his campaign has hit some snags in recent weeks. He was a two-term governor, former mayor of Denver and had a short-lived presidential bid.

The other name on the ballot is former state House Speaker Andrew Romanoff, who is less well-known in Colorado and running to the left as the more progressive candidate. Romanoff has unsuccessfully run for Congress twice before.

Among the first-time voters watching these candidates is 18-year-old Emma Tang of Colorado Springs. Earlier in the race, she volunteered for one of the two Black women who had been running for Senate in what had been a crowded, diverse field of mostly female candidates.

"At this point, I'm just so torn that my conscience doesn't want me to vote for either candidate," Tang said.

As a child of Taiwanese immigrants, Tang said she doesn't support Romanoff's endorsement of a tough immigration law earlier in his career, back in 2006. He has since apologized, but she said she doesn't think he's done enough to rectify it.

As for Hickenlooper, she said she thinks he's run a sloppy campaign. She sees him as too soft on the environment and has concerns about his answer to a question in a racial justice forum during the height of the George Floyd protests in Denver.

When asked what the term Black Lives Matter meant to him, Hickenlooper responded, "Black lives matter means that every life matters and that the color of a person's skin has nothing to do with the richness of their lives."

It was a problematic answer for Tang.

"I feel like he should have done some research on 'all lives matter' versus 'Black Lives Matter' because that's been all over the news, all over social media," she said. "I think there's nothing he could do or say now that would honestly make me want to vote for him."

Hickenlooper later apologized and said he "stepped on my own words around Black Lives Matter."

"There is a time where we have to step back and recognize that slavery is a nagging, persistent shame of this country that's denied the promise of equality for far too long, to far too many people," Hickenlooper continued.

Colorado Black Women for Political Action has not yet endorsed anyone in the race. The group's president, Tamra DeBrady, who asked Hickenlooper the question, said his answer was both telling and disappointing.

"Everybody understands 'all lives matter,' that's not what it's about," she said. "It's about understanding the importance of Black lives, especially being in a society that seems to over and over again, show us and treat us like our lives have no value."

A series of mistakes

Hickenlooper's answer is one of several mistakes that Carlos Valverde, a community activist and the state director of the Colorado Working Families Party, thinks could make the primary race closer than he thought it might be. During a televised debate Hickenlooper mistakenly said Floyd was shot, and then a video surfaced from 2014 where he compared politicians to slaves.

"Given Hickenlooper's name ID, given the amount of money he has to buy TV ads, given the support from really establishment Democrats, I would have said he was gonna run away with this thing fairly easily," said Valverde, whose group is not endorsing a candidate. "And I would say right now, Romanoff has the momentum."

Another problem for Hickenlooper is that the state's Independent Ethics Commission determined he ran afoul of Colorado's gift ban in two cases when he was governor. Hickenlooper defied a subpoena to testify remotely in the ethics commission hearing. He argued that it would violate his due process rights before eventually he backed down and testified.

If Hickenlooper wins the nomination, these issues are not expected to go away.

"Any campaign worth their salt will continue to try to keep those narratives on the minds of voters, absolutely," Democratic political consultant Sheena Kadi said. "I would expect Gardner's team to continue to do that."

And a lot of money has flowed in to help Hickenlooper in the final weeks. According to the Center for Responsive Politics, the Senate Majority PAC spent nearly $1.5 million on ad buys supporting Hickenlooper. Let's Turn Colorado Blue, a recently formed super PAC, launched a $1.1 million ad campaign attacking Romanoff over his immigration record.

"Hickenlooper always, in my opinion, has been a little bit bumbling, and I think sometimes it's hard and maybe I'm making an excuse for him. I don't know. I think his ethics violation was absolutely ludicrous on his part," said Democratic voter Jennifer Riley from northwest Colorado.

Despite her frustrations, Riley said she would still back Hickenlooper and feels he has the broadest appeal to compete against Gardner. Hickenlooper led the state through an economic boom and recovery, and unlike his primary opponent, he is more aligned with moderate Democrats and doesn't back the Green New Deal or "Medicare for All."

"I'm OK with moderate," Riley said. "I'm OK with compromise. When he was governor, he did compromise, and he got people on both sides of the aisle to support him."

Her husband, however, retired teacher Steve Martinson, has been on the fence. He pointed out that the supposed front-runner has given Republicans plenty of ammunition to use against him should he win.

"He's saying that the Republicans are going after him with everything they can 'cause they are afraid of him and that there may be some truth to that. But he should have handled it straight on," Martinson said of the ethics complaint.

Even with these campaign stumbles, in recent days Martinson has come around to the idea that Hickenlooper may be the most electable candidate.

Hickenlooper's long track record in Colorado politics is why many Democratic insiders, such as state House Speaker KC Becker, said the former governor may be somewhat insulated from his recent stumbles.

"He has always come across as someone who's really relatable and friendly. And that's an important trait in a time when things are so divisive," Becker said. "So I think people see that and like it, and even with some missteps that's going to work well for him."

Whether friendliness and Hickenlooper's oddball nature set the right tone for this historic moment is one of the things voters grapple with as they feel the weight of potentially deciding control of the Senate.

Katherine Newell is a 31-year-old unaffiliated voter who used to be a registered Democrat. She said she left the party "because it's not really living up to its ideals." She plans to vote in the primary, which allows unaffiliated voters to participate.

"We have an opportunity right now to shift the paradigm in Washington; we are evolving so rapidly as a state," she said. "I'm really loving many of the changes that we've been able to make in the past couple of years, which is why I have been so shocked at, oh gosh, the male, pale and stale choices we now have in the Senate primary."

Newell's position is something that speaks to the tensions the Democratic Party faced in the recent presidential primary race that ended with former Vice President Joe Biden as the presumptive nominee. It could also be a warning that needs to be heeded if Democrats hope to galvanize enough support to take control of the Senate.

"I think as a millennial, a lot of people my age feel very similarly," Newell said. She hasn't decided whom she'll vote for yet but added, "If you're no one's first choice, if we're all settling for you, why are you even going to Washington?"

Bente Birkeland
Bente Birkeland has covered Colorado politics and government since spring of 2006. She loves the variety and challenge of the state capitol beat and talking to people from all walks of life. Bente's work has aired on NPR's Morning Edition and All Things Considered, American PublicMedia'sMarketplace, and she was a contributor for WNYC's The Next Big Thing. She has won numerous local and national awards, including best beat reporting from the Association of Capitol Reporters and Editors. Bente grew up in Minnesota and England, and loves skiing, hiking, and is an aspiring cello player. She lives in Lakewood with her husband.
See stories by Bente Birkeland 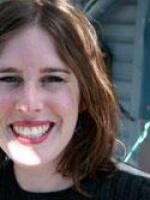 Bente Birkeland
Bente Birkeland has been reporting on state legislative issues for Rocky Mountain Community Radio stations, including KVNF, since 2006. She keeps track of state politics throughout the year but is especially busy during the annual legislative session from January through early May, covering important bills, discussions, and the positions of our state legislators.
What's coming up next week on WAMC?
Sign up below to find out about upcoming programs first.
get updated